"The lives of animals are not peaceful! They must be able to find food for themselves and their young and avoid becoming food themselves. Sometimes they must also compete with others of their own kind for food, territory, or mates.Traps, lures and lies are well-known tricks of men, but they are also skilfully employed by creatures in the animal kingdom. From antlers to horns, humans have long been fascinated by the ability of animals to defend themselves with theirnatural

-born weapons. With weapons of deception, animals can disarm and entice prey to their death. With projectiles, perhaps the oldest weapons employed by animals, they have evolved their own versions of poison-tipped harpoons, chemical missiles and high-powered bul-lets. Specialist hunting strategies demand particular adaptations of the body, from fearsome teeth to scimitar-sharp claws and tusks. In the natural world there are razors, guillotines, daggers, clubs and spears; a galaxy of animal kitted out with an arsenal of weapons to survive and eat. To get close enough, many use stealth, speed and surprise. These natural weapons are also used in aggressive displays to threaten and intimidate competitors and predators alike. The creatures featured in this TV series demonstrate how resourceful and inspired nature can be to ensure survival in the animal world."

Camouflage: Coloring that matches or blends with the surroundings helps an animal to hide. The Arctic fox, green tree frog, penguin, and polar bear are a few of the animals who use this method in defense. Some animals, like the chameleon and octopus, can actually change the color of their skin to match their surroundings! 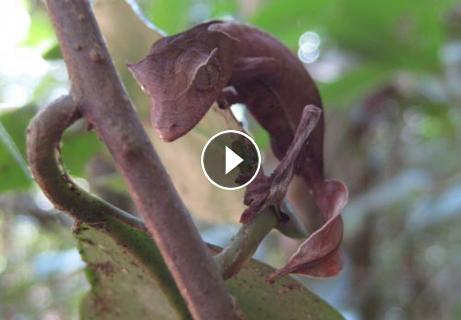 "The lives of animals are not peaceful! They must be able to find food for themselves and their young and avoid becoming food themselves. Sometim...